I was in Bangalore recently for the International HR Conference held at XIME and had the privilege of meeting Prof. Joe Philip (President, XIME), David D’Costa (President Bangalore Chapter), R. Sridhar (Executive VP – HR, ITC Kolkata), George Ollapally, among others.    It was a pleasure interacting with them.   In the course of our discussion, we have decided to have an alumni reunion of alumni based in Bangalore, Chennai and Hyderabad.

I write to you today to personally invite you for the Pan South India Alumni Meet in Bangalore scheduled on May 19, 2012.     The venue for the meet will be Hotel Windsor or Gardenia (Courtesy, R. Sridhar, ITC Hotels).

As far as accommodation is concerned, the Bangalore alumni have kindly agreed to host their batch mates where possible.    Prof. Joe Philip (President, XIME) has graciously consented to accommodate its hostels / residential facilities to the alumni from outstation for those who require it.

I am writing to you sufficiently in advance to enable you to kindly block the date.   I eagerly look  forward to this reunion and I sincerely hope to see you in Bangalore on May 19, 2012.

While I look forward to your response, please also mark your availability to :   dcosta.david@gmail.com

David has kindly agreed to coordinate the event and would need to know how many alumni from Chennai will be present for the  reunion.

I take this opportunity to thank David D’Costa and the XLBang Managing Committee for their efforts in assisting XLRI to make this reunion a grand success.

She was 17 when her father quit his job. As money grew scarce at home, the entrepreneur in Aparna Banerjee came out. She started manufacturing transformers. In the first three months her turnover was Rs:18,000; in four years it went up to Rs:1.8 crore. At 21, she quit the business and decided to pursue higher studies. One thing was clear, she wanted to be her own boss.

“My father dreamt of me joining the administrative services,” said Aparna, 37. “But I never saw myself working under people, I wanted to be an entrepreneur.” In 2002, Aparna met a US-based friend who wanted her to do a management degree there, because the US nurtured entrepreneurs. Aparna demurred and said things were getting exciting in India. She joined XLRI, Jamshedpur, for a MBA in supply-chain management.

Simultaneously, she started work on a distribution model involving micro-management. The project aimed to connect urban customers with rural suppliers. Aparna also wanted to help women scale up their businesses by removing bottlenecks in the supply chain. She devised a model which provided services such as storage, inventory management and transportation.

The real breakthrough came in 2006, when she took this idea to Prime Minister Manmohan Singh,  who asked her to start with a pilot programme. “I also met  President Abdul Kalam, who asked me to bring in the rural perspective to the project,” she said. Thus, Project Sukanya was born.

Aparna sold some property she had and invested Rs:42 lakh in the project. She had to fight prejudices and the regular challenges to make the project commercially viable. Five years later, she is launching Project Sukanya in five states—Arunachal Pradesh, Maharashtra, West Bengal, Jammu and Kashmir and Tripura.

“I was heard only because I was adamant and had a good education,” she said. “Almost 95 per cent of the people would have otherwise dismissed me as too young and inexperienced.” Project Sukanya is now a public-private partnership, linking 1,341 NGOs to urban consumers. Aparna has around 96,000 people as suppliers and another 4,893 are enrolled in her grassroots entrepreneurs programme. She plans to sell  products through kiosks, franchisees and shops. “Our three-year projections are Rs:1,000 crore,” she said. The project is supported by banks, state governments and various Central ministries.

“I want to be one of the best entrepreneurs in the world and I want to be able to share my profits with society,” she said. It is just not about helping society for her, the thrill lies in making a difference without the charity tag.

Memorable moments? Many. But one stands out. A woman came to her office for help. “Her son had met with an accident and was on the verge of having a leg amputated,” said Aparna. “She and her husband could not afford the medical bills, so she came to me for help. She said she knew to make handicrafts.”
Aparna guided her to start her own venture. “I asked her to employ people and train them to make the handicrafts,” she said. “She became one of our regular suppliers. Eventually, her son recovered.” To give hope is the biggest thing, said Aparna. It for that bonus that she works 21-hour days, and to ensure that Project Sukanya has a fighting chance in the world of mega-retailers.
Posted by Kim at 2/16/2012 04:07:00 AM No comments: Links to this post

Email ThisBlogThis!Share to TwitterShare to FacebookShare to Pinterest
Labels: Social Responsibility, XLer in the News 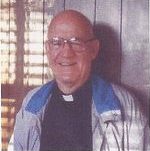 Saints of God, come to his aid!
Hasten to meet him angels of the Lord!
Receive his soul and present him to God the Most High.
Eternal rest grant unto him O Lord,
And let perpetual light shine upon him.
May he rest in peace. Amen.

B P Rao - An XLRI Alumnus, who had the privilege of studying there while Fr Kennedy was Diro, has written a touching piece in memoriam
Posted by Kim at 2/15/2012 12:53:00 PM No comments: Links to this post

XLRI is launching a new Master in Science program on Positive Organization Development Change (or MPOD) in collaboration with the Case Western Reserve University (Cleveland, USA).

The program has been designed specifically to enable executives to become more effective change agents and leaders.

XLRI Jamshedpur wraps up final placements with a record 284 offers and top salary of $125,000

From: The Economic Times

KOLKATA: The economic downturn notwithstanding, XLRI School of Business & Human Resources has wrapped up its final placement process 2012 in less than four days, with 98% of the batch getting placed within the first three days. Some 73 companies participated this year in the final placement process with a record 284 offers made to a batch of 235 students.

On the consulting front, a large number of established and boutique consulting firms recruited students for international and domestic strategy roles. Multiple offers were made by Boston Consulting Group and McKinsey and Co. Deloitte Consulting recruited for India as well as US roles. First-timer Gallup Consulting offered multiple roles across divisions. Accenture Management Consulting made offers for its India and Global practices.

From the marketing space, Unilever, P&G, Johnson & Johnson, GlaxoSmithKline, Nestle, PepsiCo, Hindustan Coca Cola Beverages, Asian Paints, Marico, Castrol, Britannia, ITC, Kraft Cadbury, Lenovo and Airtel were among the top names on campus. Airtel was among the largest recruiters with a total of 12 offers on campus.

Technology companies including names such as Facebook, Amazon, Flipkart and Redbus, made their presence felt as did other companies like Michael Page, Suzlon, HPCL-Arcelor Mittal Energy Limited, Tata Motors and Raymond.
Posted by Kim at 2/15/2012 12:27:00 PM No comments: Links to this post

Email ThisBlogThis!Share to TwitterShare to FacebookShare to Pinterest
Labels: In the News, Placements

SKS Microfinance, the country's only listed mirofinance entity, announced on Wednesday that it has appointed Verghese Jacob as its ombudsman, making SKS arguably the only Indian NBFC-MFI (non banking microfinance company- microfinance institution) to have such a structure in place for customer protection and grievance redressal.

Verghese Jacob, who has had long years of experience in the corporate and social sectors, is also the Chief Integrator (the preferred designation for the CEO) at Byrraju Foundation, set up by the Satyam Computer's erstwhile promoter family of Rajus. Verghese Jacob, SKS says, has over 30 years of experience spanning the corporate and social sectors. In the corporate world he has held senior executive and board level positions with groups like the Godrej, IBS, ACCEL and KVK. It also says the 57-year-old MBA from XLRI, Jamshedpur is also a Six Sigma Black Belt.

Interestingly, this announcement comes close on the heels of the company getting its shareholder and the Reserve Bank of India approval for raising the investment limit of foreign institutional investors in the company to 74 per cent from 24 per cent. It is currently at 15 per cent but post its QIP, it is expected to touch 45 per cent.

People from the sector have welcomed the move to have an ombudsman though some are not sure if this move is any way linked to the plan to have an increased FII holding where in it would technically become a largely foreign-owned company. The company however sees this as an effort aimed at heralding a new era in institutionalising customer protection and grievance redressal in the Indian microfinance industry.

Verghese Jacob,already sees work cut out for himself. Talking to BT, he says: "The plan is to have a team in place for this but right now the focus in not just on attending to customer protection and grievance redressal but also on the internal processes that are in tune with the needs of the RBI guidelines." For example, looking at whether the transaction process with customers is robust enough to ensure the guidelines are not violated.

"It certainly is an excellent idea,'' says Sanjay Sinha, managing director, Micro-credit Ratings International Limited (M-CRIL), which is involved in financial rating of microfinance institutions and in sectoral advisory services.

He however has a piece of advice for MFIs: "It is important to keep in mind that it is not just respected people that would be needed in such roles but also those who understand the sector and it nuances.'' How this will be handled at SKS will be closely watched given the company operates across 19 states of India - Andhra Pradesh, Karnataka, Maharashtra, Orissa, Madhya Pradesh, Bihar, Uttar Pradesh, Rajasthan, Uttaranchal, Himachal Pradesh, Haryana, West Bengal, Jharkhand, Chhattisgarh, Gujarat, Kerala, Tamil Nadu, Punjab and Delhi.
Posted by Kim at 2/03/2012 03:16:00 AM No comments: Links to this post