"An MBA had to be aggressive and an extrovert, and I was neither."

When his family shifted from Goa to Mumbai, a 260 sq ft flat in Mumbai’s small-time suburb Bhayander wasn’t exactly the big city experience the school-going Sadashiv had in mind. From those humble beginnings to a posh apartment in Khar, Sadashiv has indeed come a long way. Initially, money was always an issue: Sadashiv went to engineering college thanks to his aunt’s monetary support. And that’s where he first heard about an MBA.

"Without it, I’d never have been able to shed the baggage of my middle-class upbringing and get used to unabashed consumption through retail," he says, adding that B-school gives an individual a natural passport of confidence. Nayak first joined Asian Paints, where he got a sense of the booming economy. Then, he had a six-year stint at HUL, where he got a taste of the competitive spirit of the regional players. Despite his apprehensions about getting into retail, he felt the need for change.As long as the customer remains unpredictable, he says, retail will be interesting.

"We were always taught never to take things for granted."

Somewhere in Etah, UP, there’s a 500-metre stretch of tarmac named after HUL’s youngest executive director. That’s because, as a management trainee, Leena Nair managed to rally villagers in a ‘Shramdaan’ to connect the village to the nearest main road. Nair grew up in Kolhapur listening to stories of how her family faced hardship. "Although I hadn’t experienced it first-hand, we were always taught never to take things for granted." So while her family could afford to send her to college in a Mercedes, she was made to cycle 12 km each way because her father felt she hadn’t earned the right to that kind of luxury.

Knowing she was good at leading and dealing with people, Nair applied to XLRI despite opposition from the family. She remembers optimism about reforms in B-school, although "the reality of the change was much slower than anticipated". At HUL, they were often "thrown in at the deep end" to figure out if they could sink or swim. One of the key challenges she has faced is reversing HUL’s perception at campus placements. After five years, hul is back to being voted a Day Zero company.

Six XLRI students have set up a ‘design and learning centre’ for development of contemporary products using ancient art and craft. The centre will act as a learning centre for the rural and tribal craftsmen. The craftsmen will be encouraged to produce superior quality products. Two professionals designers have been hired for the purpose.

The incubation fund of Rs 3 lakh has been provided by the the XLRI Alumni Association, Jamshedpur chapter. The centre has now been converted into a legal partnership firm.

XLRI Jamshedpur supported a group of six first-year students to start Parichay.co.in, a portal to link tribal artisans with the mainstream market and provide them a platform to reach out to connoisseurs of art across the world. “We at XLRI thought of supporting them with the initial funds required to put the project in place,” reasoned Madhukar Shukla, XLRI faculty.

“We are planning to take Parichay beyond Jamshedpur. The plan is to set up such design and learning centres in multiple locations to tap the potential everywhere. The approximate requirement for the expansion is about Rs 90 lakh,” another team member said.

The Parichay team is designing design prototypes for the product line. The team is also planning exhibitions of the product range at various platforms like Ishanya mall, a specialised mall in Pune for home and office décor, and at Dastkar, a society for crafts and craftsmen that aims to improve the economic status of craftspeople.

Mahesh Nair (86batch) is putting up an exhibition of his photographs "Let There Be Light"
at
Piramal Gallery, NCPA, Nariman Point
Sept 16-24, 2008

Having gone through his book (by the same name), they are really worth the visit 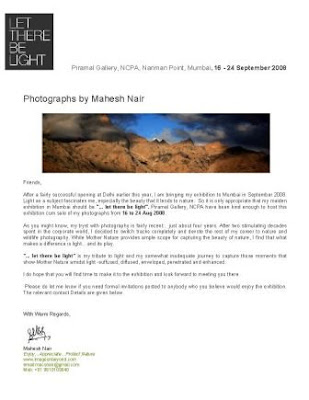 Email ThisBlogThis!Share to TwitterShare to FacebookShare to Pinterest
Labels: Mumbai, Upcoming Event, XLer in the News

We've had quite a good response for this evening's cocktails and dinner program with Prof Sharad Sarin. John Idicula even pointed out that he's been at XL since 1975 so he's touched quite a few of us as probably the longest serving professor at the insti.

If you'd like to carpool to the KGA, we're allowing postings on the group so people can find others coming to the KGA from nearby localities. Please email with your name, specific location details, and your mobile number.

I'll be picking up Prof Sarin from The Atria at 6:15 PM and then heading directly to the KGA through MG Rd, Command Hospital, Airport Rd, and there's space for 2 more people. We'll be returning the same way after dinner. Please call me on 98451-41464 if you would like to join us.

See you on the evening. This will be in our usual Happy Hours format except that we will be serving dinner early and having the Q&A session post dinner.

Email ThisBlogThis!Share to TwitterShare to FacebookShare to Pinterest
Labels: Bangalore, Prof in town 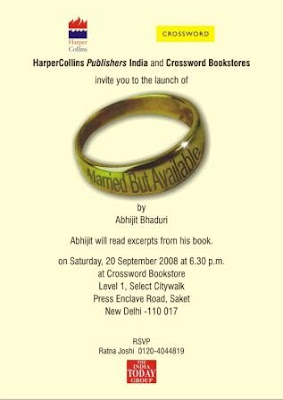 A value-oriented approach to business sets this school apart

Email ThisBlogThis!Share to TwitterShare to FacebookShare to Pinterest
Labels: B-School Battles, Campus News, In the News

Hi,
We are fortunate to have Prof Sharad Sarin visiting Bangalore next week. We will be having an evening of cocktails and dinner with him. There will be no formal presentation but Prof Sarin will take a Q&A session for 20-30 mins. This will be in our usual Happy Hours format.
Date & Time: 7:30 PM, Thurs, Sept 18th
Venue: KGA (First Floor Hall), HAL (Old Airport) Road
Cover charges: Rs 150 (incl dinner), please pay as you enter the hall
Club Host: George Ollapally
Regards,
Kuru
Posted by Kim at 9/11/2008 07:03:00 PM No comments: Links to this post

“We are delighted to have Karthik join us to help WNS further the growth and development of our global business,” said Anup Gupta, Group Chief Operating Officer, WNS Global Services. “Karthik’s extensive experience will enhance WNS’ commitment to attracting, retaining and developing high quality talent by offering a rewarding career proposition to our employees.”

Karthik joins WNS from Infosys Technologies Ltd, where he managed Human Resources for its international operations in North America, Europe, the Middle East and Asia Pacific. Previously, Karthik was the global head of recruitment, managing both campus and lateral hiring programs. Prior to Infosys, he worked with Imperial Chemical Industries (ICI), Greaves Ltd and Tata Motors.

He holds a Masters Degree in Human Resources from XLRI, Jamshedpur in India and a Bachelors Degree in Industrial Engineering from Bangalore University.

Chapeau to Madhukar Sir (as usual)

International Experts on XLRI Board

Jamshedpur, Sept. 7: In keeping with its global ambitions, XLRI has decided to include experts from international institutions in its board of governors.

In the initial phase of the move, a first among B-schools in India, XLRI has received two confirmations: Francis Estrada, president, Asian Institute of Management, Manila, and Abol Jalilvand, dean and professor of Finance, School of Business Administration, Loyola University, Chicago, have agreed to be a part of the 21-member board of governors. 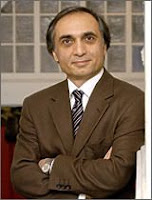 “The mantra for success of any institution is to think beyond India. All the universities I have got in touch with have responded positively. There could have been no better time than this because this is the time when the foreign market wants to tap the potential in India because of the economic boom,” said XLRI director Father E. Abraham about the move.

Estrada and Jalilvand would be inducted into the board after a meeting on November 15.

XLRI will be the first B-school in India to include foreign experts into its board.

Although the IIMs — Ahmedabad, Calcutta, Indore, Lucknow — and the Indian School of Business, Hyderabad, have visiting faculties from foreign universities, none has foreign members contributing in the decision-making process of the institutes.

XLRI, too, has been collaborating with around 15 international institutes and universities for faculty and students exchange programmes.

Talks are on with a few more universities in the US and Europe, but the B-school doesn’t want to divulge details just yet.

“The talks are at a primary stage. But, we will try our best to tie up with more foreign universities in order to lend our faculty and students better international exposure,” said Abraham.

As of now, he is naturally excited about XLRI’s board going international. This, coupled with the existing tie-ups, the director believed, would encourage more foreign students to come and study at XLRI.

“I hope once XLRI is fully established as a global business school, foreign students will get attracted to our campus. As it is education is cheaper in India. Therefore, we can get a better response from students of other countries,” hoped Abraham.

With two international experts having confirmed their participation, XLRI is now looking for more experts like deans, principals and directors from European countries, including France and Spain.

Ruchi recently sent me this mail.

Hi Kim,
I wanted to ask for some help from you. I wanted to share my recently found passion with you and also ask for your support.

I am training to run a marathon!! Completing a marathon means a victory of mind over body for me as I have no running experience and a regular busy life raising children and working full time not to mention the after effects of having twins on my body :-).
This intersects a passion of mine - helping at least some of the destitute children in India.

As a fellow XLer, I would love to get your support towards primary education of not-so-fortunate children back home.
I have registered for the following events:
Half Marathon (13.1 miles) at Sandy Hook Beach, NJ on Oct 5, 08
Full Marathon (26.2 miles) in Philly on November 23, 08 - My Goal

I am progressing well. I ran 12 miles each last two Sundays, I am running 4 days a week averaging around 25-30 miles per week.

I never believed I could run, but the coaching program of Asha for Education revealed other wise...